Tsukuda's games were designed by the prolific game designer Atsutoshi Okada. He was a fan of Avalon Hill wargames (published by Hobby Japan) and anime (he refers to himself as an otaku) so he designed a Mobile Suit Gundam miniatures game for play at conventions. This led to getting hired by Tsukuda Hobby and designing "Squad Leader for Gundam," which became Jabro. This first game led to a wave of science fiction and anime "simulation games" in Japan from Tsukuda and others, popular enough to have their own television commercials. Okada had a six year career with Tsukuda, designing countless games for them. He also created  inspired the creation of [edit 5 Oct 2022] new Dougram and Votoms games for Takara's terrific Dual Magazine. By my count, Okada-san designed and published more than 40 games in the 1980s. He took a break from game design during the 1990s, then created Panzertales: World Tank Division in 2003. 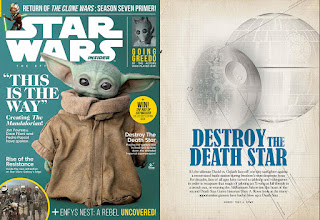